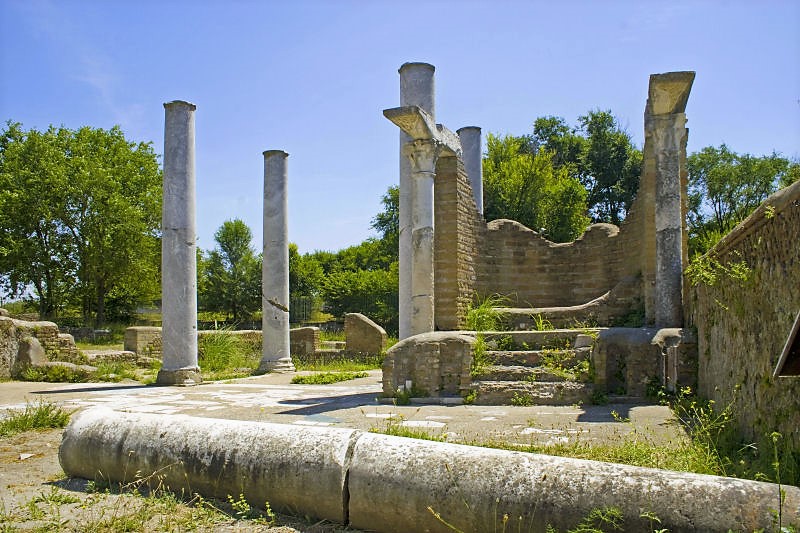 The ruins of the earliest Jewish synagogue in the Western world, at Ostia Antica

On March 13th, we spent the first half of the day visiting the archaeological site of Ostia Antica, which was once the seaport city of Rome. Although Ostia’s history as a settlement stretches back to the 4th and 3rd century B.C.E., the majority of buildings visible at the site today date from the 1st and 2nd century C.E. As we walked down the city’s main street, called the decuman, we passed the ruins of tombs, shrines, storehouses, flour mills, apartments, homes, public baths, a cafeteria, and a Roman theater. Ostia Antica’s ancient population of 15,000 was known to have historically been very multi-ethnic due to the nature of Roman trade, but it was not until 1961 that archaeologists began to excavate Europe’s very first synagogue in an extreme corner of the ancient site. 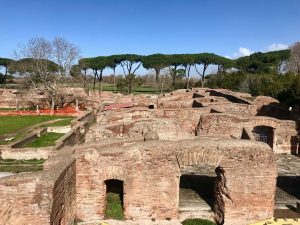 A view over Ostia Antica’s main decuman, showing the bath houses of Hadrian

The synagogue’s plan is rectangular in shape, with dimensions of 75 feet by 37 feet. It was built from volcanic tuff, like the majority of Ostia Antica, and likely included a second floor to seat women during religious services. A marble well was positioned near the synagogue entrance for ritual washing, and marble columns decorated with iconography of the menorah framed the shrine that once housed the Torah. 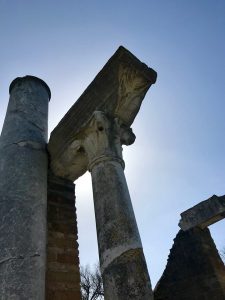 Marble column with visible menorah iconography on the lintel 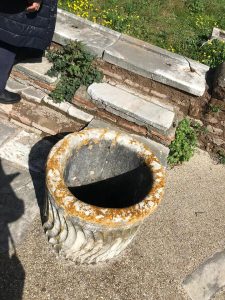 The marble well-head at the entrance of the synagogue

An oven can be found inside the synagogue, for the baking of unleavened bread. An inscription in Latin on the synagogue’s floor marks the space as an acceptable site for Jewish burials. What was most surprising to me about the Ostia Antica site as a whole were the remarkably well-preserved mosaic floors. One particularly noteworthy mosaic in the synagogue depicts four interconnected loops in an ancient symbol representing infinity and the circle of life. 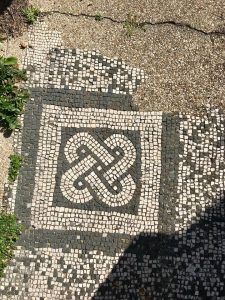 The Jewish synagogue of Ostia Antica speaks to the cosmopolitan nature of ancient Imperial Rome, and its relative tolerance for the Jewish population that came to populate the port as trade increased under Claudius. It solidifies the importance of the Jewish community to the trading economy of Rome, and presents the earliest evidence of a Jewish-Italian identity on the Italian peninsula. However the archaeological site does raise a question. Is there anything to be inferred about the relationship between Ostia Antica and its resident Jews from the physical distance between the heart of Ostia Antica and the synagogue? 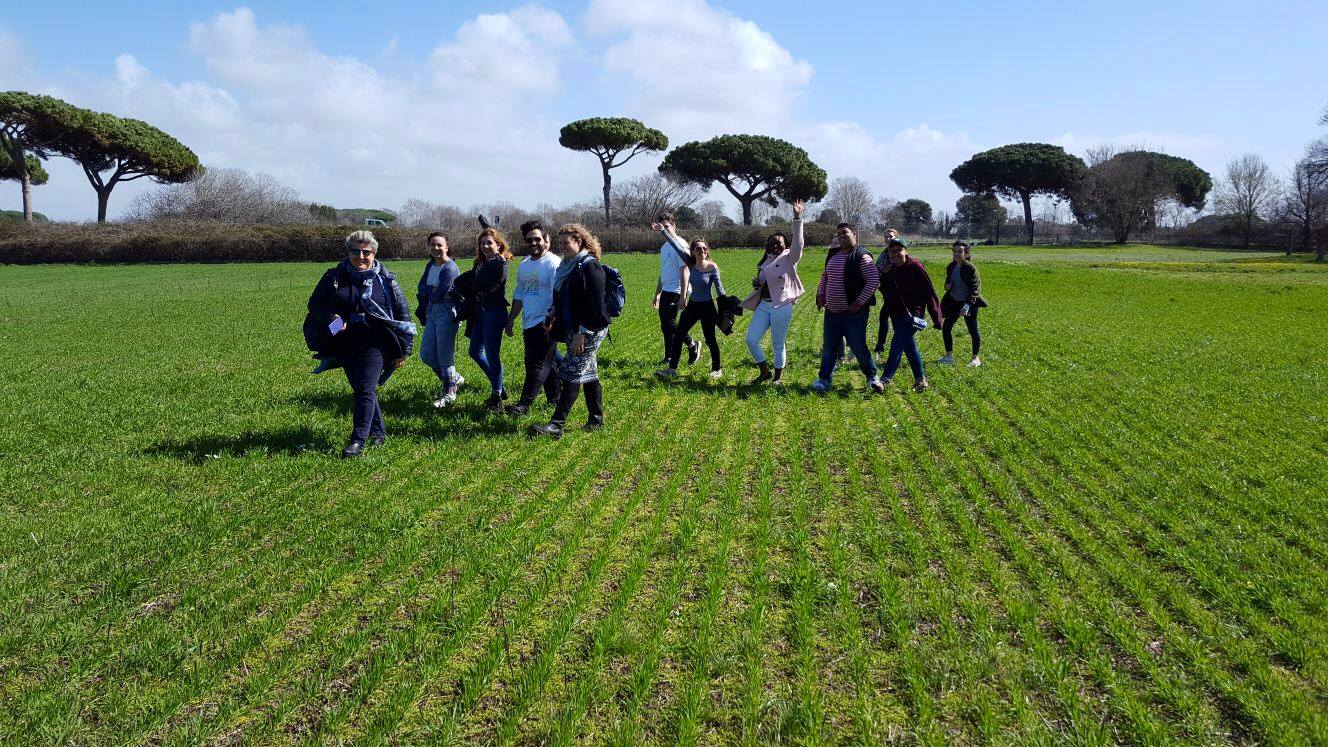 Not just a cute picture of us, but also a demonstration of the distance between Ostia Antica and the location of the synagogue

1 thought on “Ostia Antica & its Synagogue by Maegan Stanley”